A hundred years of St George's 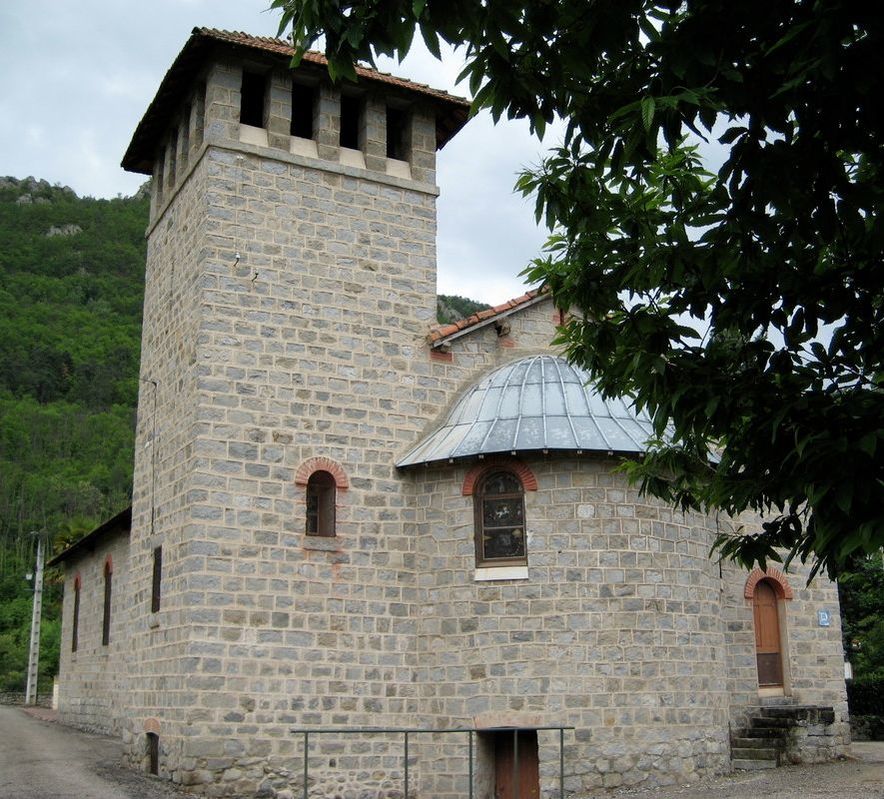 2011 in Vernet-Les-Bains was the year of Kipling, celebrating the famous writer and poet who stayed in Vernet when his wife came to take the waters 100 years ago. In all they came to Vernet three times on the advice of a specialist from Geneva.

In those days Vernet was known as the “Paradise of the Pyrenees”, and the three decades before the First World War were known as the “Belle Epoque”. it was a time of economic growth and internationalism. During this period there blossomed a cosmopolitan community, intellectual and sophisticated, of which Kipling was a leading light. Many others also came from Britain. They bought houses in the area or stayed in the luxury hotels that lined the banks of the River Cady.

Eventually it was thought that it would be good to build an English church and so they clubbed together and raised the money to build an Anglican church which was called St. George’s. It was begun in 1912 , the foundation stone being laid by Field Marshal Earl Roberts VC., and formally consecrated in 1913. The church is a lovely building in the Romanesque style. It was attended by many in those early days, both British and French, including the youngest daughter of Queen Victoria, Princess Beatrice.

St. George’s flourished until the outbreak of World War II. Even though not so many people came to France after the First World War, the church remained strong. After the Second World War, it was a long time before the church re-opened. The congregation dwindled until the sixties, when the church was leased to the Roman Catholics for a few years. In the late sixties, the church was closed because of repairs that were needed. The building fell into disuse.

In the nineties a rather naughty Maronite priest squatted in the building and took it over for his own use, storing furniture and painting the plain windows with lurid designs. The building eventually came to the attention of some British people in the area who wanted to see it restored as an Anglican place of worship.

In 1997 a retired priest, David Evans, from the other end of the Pyrenees, Pau, was asked if he would come over and try to re-open the church. Through his valiant efforts and the support of the community, the church was eventually cleared out, but the building was unable to be used because it had been closed by an “Arrete Prefectorial”. Special permission was needed, and much modernisation, which the tiny congregation could not afford. David negotiated with the local Maire to give the building to the commune under the understanding that they would renovate it and use it as a cultural centre, whilst allowing the church members to use the building on Sundays and one day a week. The church remains the property of the commune and is in regular use for services, concerts and other events.

Not only was 2011 the year of Kipling, but it was also a year of change again for St. George’s. David Evans retired and a new vicar was appointed, another David, David Phillips, a Yorkshireman who has a house in Olette and had been coming to the area with his wife Lesley for their holidays for the previous ten years. They were finally able to retire to the area with their Labrador dog Bella.
​
Saturday 9th of July, 2011, saw the Induction of the new vicar (known as a chaplain in Europe) and the retirement of David Evans. The service took place in St.George’s by special permission. The suffragan bishop of Europe led the service, with local clergy in attendance. A new window, donated by a church member in memory of his parents, depicting St. George and the dragon was also consecrated at this service. See the separate page for a fuller account.

If you'd like to attend any of the weekly services at St George's,  you would be more than welcome. Don't hesitate to contact us for more information if there's anything you'd like to know.